Former cricketer Ajay Jadeja raised some stern questions at Rohit Sharma and the team management after India’s semi-final loss in the T20 World Cup to England. Jadeja also delivered his verdict on India’s multiple-captain policy during the last year. 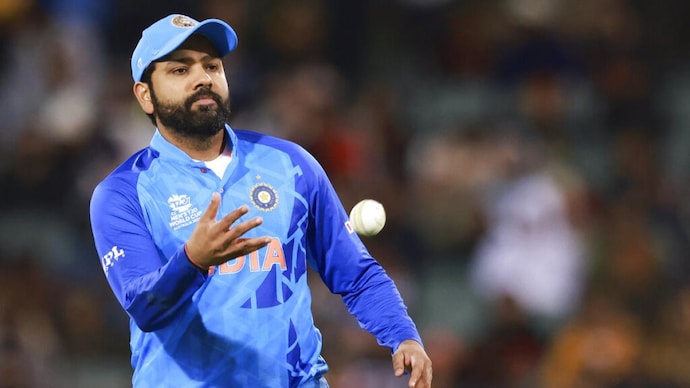 Rohit Sharma has been at the receiving end of criticism after India’s exit from the World Cup (Courtesy: AP)

By India Today Web Desk: Former cricketer Ajay Jadeja has questioned why India captain Rohit Sharma skipped a few series during this year after the team’s exit from the T20 World Cup.

India was comprehensively beaten by England on Thursday in the semi-final by 10 wickets as Jos Buttler and Alex Hales took apart the bowling and chased the target of 169 with four overs to spare.

A lot of criticism has been leveled at Sharma and his captaincy, with Jadeja asking why the Indian skipper decided to skip a few tours during the year.

Speaking on Cricbuzz, as quoted by New 18, the former cricketer said that as a captain, the Indian opener should have stuck with the side for the entire year. Jadeja was also surprised by the fact that head coach Rahul Dravid wasn’t going to India’s next assignment in New Zealand.

“I would say one thing which might hurt Rohit Sharma. If you have to make a team as captain, you have to stick with the side for the entire year. How many series did Rohit Sharma play this year? I’m not saying this in hindsight, I’ve been saying this since before. Even in New Zealand, the coach isn’t travelling,” said Jadeja.

During the past year, India has also seen players like Hardik Pandya and Shikhar Dhawan given the captaincy role in various series and Jadeja was unhappy with this policy. The former cricketer said that there should only be one leader in the team and multiple ones will make the situation difficult.

“There should only be one leader in the team. If there are 7, it would be difficult,” said Jadeja.

After the loss against England, Sharma said India failed to turn up with the ball on Thursday and said that you can’t teach players how to handle pressure.

“Yeah absolutely, it is disappointing how we turned up today. I thought we still batted well but we were not at all good with the ball. It wasn’t a total where a team could chase down this total with no wickets. Ah, see I think when it comes to knockout stages, it comes to individuals as well. You cannot teach them to handle pressure. They have all handled it. They have been playing IPL. Some of these guys can handle it,” said Sharma.