Protests erupted across Pakistan on Friday after Imran Khan was disqualified from holding public office for five years. 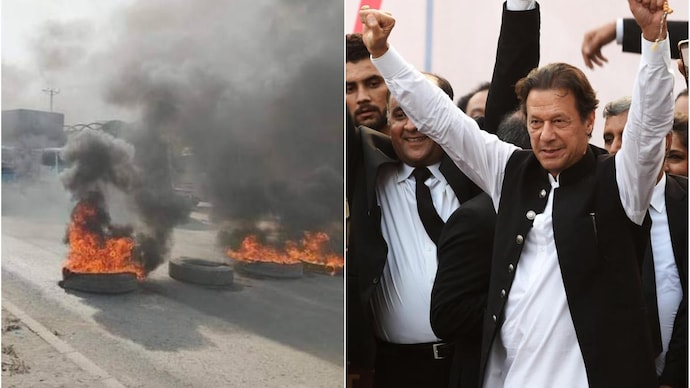 Imran Khan’s supporters took to streets after he was disqualified by the ECP on Friday.

By India Today Web Desk: Former Pakistan prime minister Imran Khan was disqualified from holding public office for five years. The disqualification notice was issued by the Pakistan election body in the Toshakhana case for hiding proceeds from the sale of gifts he received from foreign leaders. Following the poll bodyâs decision, protests erupted across Pakistan with Imran Khanâs supporters taking to the streets in major cities.

Imran Khanâs supporters blocked the Islamabad expressway near Iqbal town on Friday. In response, the police lobbed tear gas at the protesters.

In Faizabad, protesters clashed with the police. A video of the incident shows tear gas being lobbed to disperse the protesters.

There were also reports of gunshots being heard outside Pakistan Election Commission office.

WHY WAS IMRAN KHAN DISQUALIFIED?

On Friday, the poll body disqualified Imran Khan and ruled that the PTI chairman is no longer a member of the National Assembly.

The ruling coalition government lawmakers had filed a case against Imran Khan in August, seeking his disqualification for failing to reveal the proceeds from the sale of gifts that he purchased at a discounted price from the state repository, also called Toshakhana.

In September, the ECP had reserved its judgment on the conclusion of the proceedings.