Haas F1 announced on Thursday that they have replaced Mick Schumacher with Nico Hulkenberg for the 2023 season. Schumacher revealed on Instagram that the Abu Dhabi GP will be his last one with the American team. 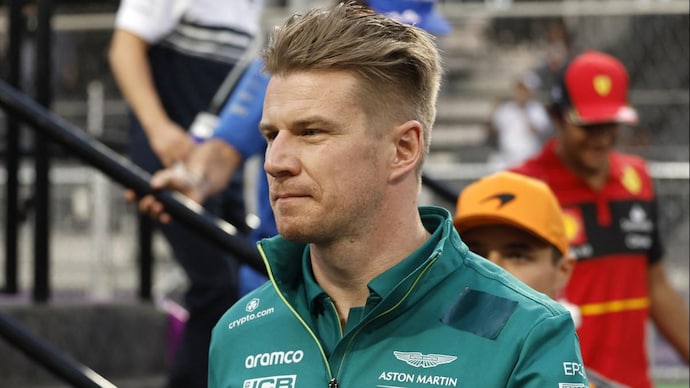 By India Today Web Desk: Haas racing on Thursday confirmed that they have replaced Mick Schumacher with Nico Hulkenberg for the 2023 season.

Hulkenberg is a veteran when it comes to racing and was spending the last two seasons at Aston Martin as their reserve driver. He will now make his full-time return to the sport with the American team next season.

Haas F1 Team Principal Guenther Steiner was pleased to welcome the German to the team on the official website and said that Hulkenberg’s attributes and Magnussen’s experience will help the team move forward.

“The experience and knowledge base Nico brings to the team is clear to see – with nearly 200 career starts in Formula 1 – and a reputation as being a great qualifier and a solid, reliable racer. These are attributes, which when you pair them together with Kevin Magnussen’s experience, gives us a very credible and well-seasoned driver line-up which we believe will help push the team onwards up the grid.

“That’s obviously the goal and it was that ambition that has prompted Nico’s return to Formula 1 – he shares our vision and can be a key player together with the rest of the team in building on the foundations we’ve laid this year with our return to the points battle.”

Hulkenberg commented on the move and said that he was very happy with the move and excited to get the opportunity.

I’m very happy to move into a full-time race seat with Haas F1 Team in 2023. I feel like I never really left Formula 1,” said HÃ¼lkenberg.

“I’m excited to have the opportunity to do what I love the most again and want to thank Gene Haas and GÃ¼nther Steiner for their trust. We have work ahead of us to be able to compete with all the other teams in the midfield, and I cannot wait to join that battle again.”

Mick Schumacher took to Instagram and announced that the upcoming Abu DHabi GP will be his last one with Haas and in F1 for now and he will be looking to get back to the grid very soon.

It will be interesting to see if Schumacher will be taken onboard as a reserve driver in one of the teams.